A MAPP To Calm 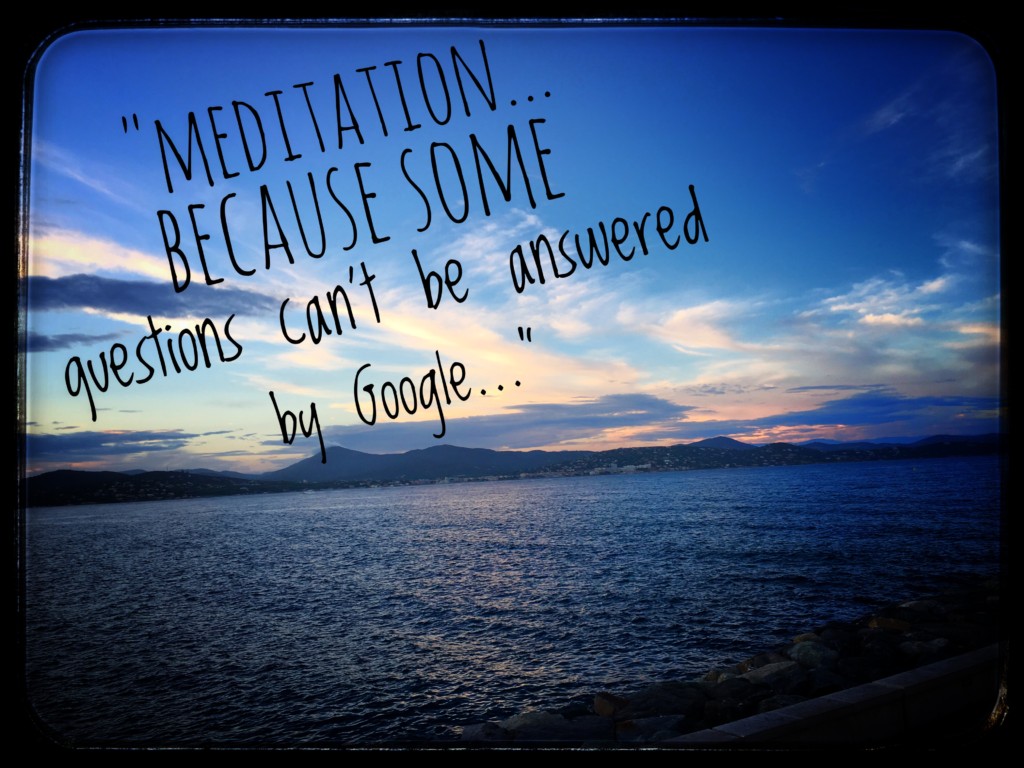 Fitting meditation into our lifestyles isn’t always easy, especially when there’s loads to do – and squeezing in a 10 minute time-out seems like an impossibility. So, in the run up to Christmas (there’s just over 4 weeks to go, don’t panic), I thought I’d add some meditative spice to my mindfulness by looking at the different types of meditation apps (MAPPS) available.

The answer? There are lots. And I mean, lots. So, I dipped my toe into the calming silence of MAPPS and picked out a few of my findings…

For the novice or those like me that think “I really must meditate but haven’t got time/can’t fit it in/I’ll do it later” – there’s the One-Moment Meditation. A nifty, cartoon like app that focuses on just one moment. The idea is to experience just the one moment, for one minute at a time. Nothing more or less. Simples. (There is, however, the added option of the “warm up” and “cool down” – some guided tips on focussing on your meditative moment – if you need it).

Headspace was the first MAPP that I tried about a year ago, voiced by Andy Puddicombe, who has been “doing to meditation what Jamie Oliver has done for food”. I used this as an initial way into meditation, starting on the free Take 10 series – 10 minutes of meditation a day for 10 days. I then subscribed for the year, which unlocked longer meditations on different topics – including themes on relationships and health – and also a range of single meditations. There’s even an emergency SOS section for a bite sized meditative hit if it’s ever needed. #justsayin.

Calm, similarly to Headspace, was mentioned in The Guardian this year as one of the best 5 meditation apps, and initially offers a free programme called the “7 Days Of Calm”. One thing here which I loved were the scenes in which you can customise the interface with. A simple yet effective idea, where you can choose the background sounds and images that you see in the app. (For me, silent clouds floating on my phone is a favourite!) It was nice just using the meditation timer – for the moments where you don’t want a guided experience – and relax into 5 minutes of calming sounds, taking me from my desk in London to a mountain lake where the sun is shining and the waves are lapping the shore.

For something a little different, Wildflowers describes itself “in parts gameplay, meditation and logging moods”. It felt like an interactive experience, giving you scientific research, (day one being how Harvard researchers found that meditation literally rewires the brain), then taking you through a virtual landscape before meditating. The interplay between body, mind and meditation is key to this MAPP and before and after each session, you take a snapshot (yes a literal snapshot), where you log your mood and heart rate. These are saved to your journal, where you can see the before and after effects of your meditation. (Encouragingly, I was told that my mood was “stable”).

For the non-guided meditation, there are a variety of mediation timers available, where you can set your time and the alert sounds (including chimes, bells, mid-way bowl reverb or cymbals). Meditation Timer is one I have been using for a while, it’s straightforward to use and is largely silent bar the alerts (which you can set yourself). Insight Timer is similar in its function but focuses around a community of meditators. The interface tells you how many people worldwide are meditating using the app (currently 2,467), with a timeline of where they are and what they are listening to. There are many free guided meditations from a selection of people, giving you the choice to change the voices that you resonate with. At the end of the meditation, it comes up with a list of the people near you, who meditated with you.

If you don’t want to commit to a time length in meditation, there are various breathing apps that just focus on the breath. I used one called Essence. It’s simply a series of circles that get bigger and smaller and as you follow them, it tells you to breathe in, or to breathe out. It keeps going until you decide to stop – it’s really quite mesmerising.

The last thing I tried was a completely free MAPP that didn’t even require a phone or laptop. It’s a technique where you sit down on your own and concentrate on your breath. In silence. Genius. I wonder if it will catch on….