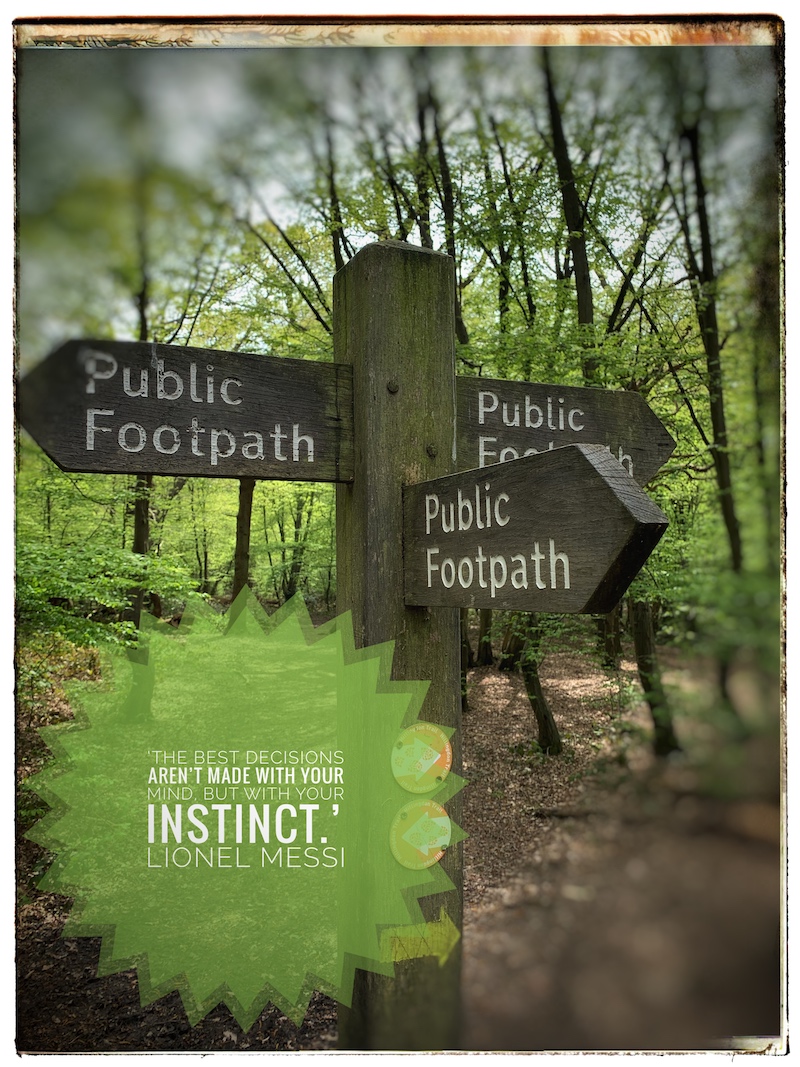 We make 35,000 decisions a day – so say some sources. And these can vary from what to eat for dinner to the more serious and heavy-weighted, what feels like in the moment ‘life-changing’ decisions.

So as my TV series drew to a close a few weeks ago I felt that if somebody asked me to make yet another decision, however small that may be, I would implode. It had been ‘challenging’ times as my friend Marie would say, curveballs coming at me daily, and not just at work but in my personal life too. I was exhausted and I knew it. There were so many (what seemed like) major decisions to be made, that the smaller ones had transformed into, what felt like too, climbing a mountain. No decision was easy, and every decision drew me closer to breaking.

‘Decision Fatigue’ is a term coined by psychologist Roy F. Baumeister, which suggests that after a person has made many decisions in a short space of time, there is a decline in the quality of their decisions. Something I was aware of at the time. I noticed I was prone to firing quick emails back with less thought to a query or dilemma, just to get them off the to do list. I then tried hard not to send short and abrupt responses to the more upsetting messages, but to take a step away and think first. And because I was now aware I was ‘sinking’ in decisions my next step was to garner even more information before making a decision so as not to make the wrong one – and this left me in a state of ‘analysis paralysis’ as some term it – so much information coming at me the simple option was to make no decision at all.

‘Decision fatigue’ can be likened to the physical – when we run a marathon (well not me, an hour’s walk with Archie is my current limit!) we are physically exhausted, our muscles are fatigued and our physical abilities are depleted. It is the same with decisions – we have limited mental resources and once our energy gets low, our self-control is impaired and decision fatigue kicks in.

So what to do in this situation? Well at the time I just wanted all those nasty yet necessary decisions to go away. Or perhaps I could I run away? Clearly not a healthy response! The first suggestion is to create habits and daily routines which will limit the energy expended in less important tasks. Apparently there’s a reason why some of the greatest leaders in the US from Obama to Zuckerberg wear similar outfits on a daily basis – less decisions. I realised that I had fallen back into the pattern of having no morning routine whatsoever, even from what time I set my alarm to wake, to what (if at all) to have for breakfast. And working out daily outfits with the British weather became a challenge in itself. Before I’d even left the house I think decision fatigue had kicked in! Some say plan what you’re wearing (and anything else you can) the night before, have a regular morning schedule, create weekly meal plans. You’re saving energy!

The next suggestion I liked was to choose simpler options for smaller, less important or immediate decisions. For example, do not spend hours analysing straight-forward consumer decisions that really don’t warrant that much of our daily energy. Which tomatoes shall I buy? Hmm, I do like them on the vine, but then they are more costly. Are those ones sweeter? Oh a 2 for 1 offer how about those? I can procrastinate for minutes over such a simple decision. Don’t.

Make your most important decisions in the morning – our minds are the clearest earlier on in the day before decision overload has kicked in. And research also suggests it’s best not to make a decision on an empty stomach. Apparently, when we are hungry our stomach produces a hormone called ghrelin, which decreases impulse control and can negatively impact our decision-making.

So with this in mind I have embarked upon my mini sabbatical with a fresh new approach. Of course there is still the important decision needed of what I do with my time off! One decision I have made is to book a break that requires few decisions. And for now to make no major life decisions until I have had some time off.

‘Never cut a tree down in the wintertime. Never make a negative decision in the low time. Never make your most important decisions when you are in your worst moods. Wait. Be patient. The storm will pass. The spring will come.’