If Only Someone Invented a Button… 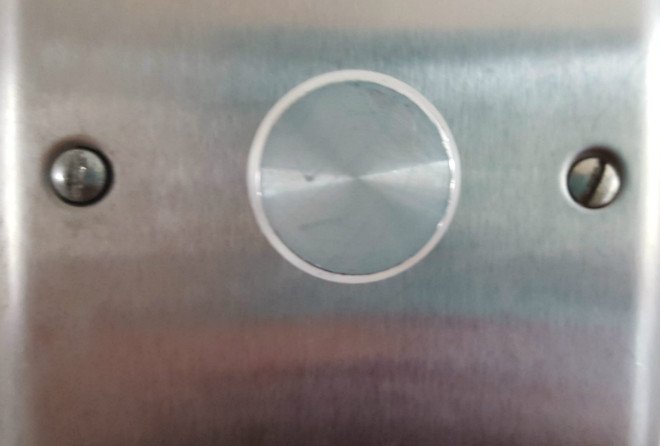 If only someone came up with a switch, a button, that you press, and everything is OK.

If only civilisation on earth evolved to the point of not only making tons of steel fly across the skies and observing atomic molecules through mega microscopes, but went just that one step beyond it all and invented a switch that you press.. and all is well.

In a way it would be great, wouldn’t it? We would be able to customise the button settings ourselves and our “all well” and “all OK” would fix anything and everything: soothe headaches, heal bones, reverse events so there is no sadness, get us our old job back, fix our relationships, make a cup of our morning coffee or jasmin rose tea appear on top of our desk before our own eyes…

I suppose this is our human nature, to fix things, reverse things, make them be the way they were before and, especially nowadays, with immediate effect preferably. Especially when hurt or sadness is raw, or the headache is still throbbing, we would press the button without giving it much thought, wouldn’t we?

I won’t elaborate much on the fact that events in our lives sometimes seem unfair or undeserved. We’ve all been there. The universe operates on its own accord and agenda (which is probably why religions and philosophies have come to existence, so we can get our heads around these things) and has its own set of laws, strings, arrows of time… and buttons, I suppose.

And the way I have learned to look at life and deal with the world outside is interestingly not at all through fixing the very things that were broken. It has been by choosing to look inwards and reinventing my relationship with these events.

Nothing ever changed over night. Things often got a little worse, before they got better.

Broken heart healed and is thankful now for the split up, because without this experience my career probably wouldn’t have headed the way that it has. Debilitating physical pain of illness in the past has created a benchmark for twenty years and counting, so now all physical discomfort is relative and as long as it is not as bad as “that one before” I can watch the aches from the distance as they fade away.

I even went a step further, taking up a challenge to trek Kilimanjaro, despite my well known utter lack of ability to handle cold and cardiovascular exertion with any dignity. I took myself out of my comfort zone so much, I didn’t even know such resistance, such resilience in me existed. I survived real cold, altitude and found strength I’ve never imagined (don’t take me wrong, there were some weak and scary moments where I would mindlessly press a “take me home” button, if it had only existed!)

So what I am trying to say is, if such buttons existed, we would not be exposed to tests and trials of any kind. To me it means we would not have an opportunity to evolve, to grow, to expand, to take ourselves out of our comfort zone. We wouldn’t have a chance to find out that by facing our vulnerabilities we are turning them into our strengths. We wouldn’t know that breath can be our best friend and ally, whether we are anxious before a job interview or before a mighty mountain that we are about to climb. Our paths would be different. We would be different.

We would have a cup of coffee or tea magically appear in front of our eyes without a chance to smell the aroma of sun dried coffee beans or the scent of that jasmin interlaced with rose. And we would not give a chance for that tea or coffee to be made for us by that person who stands over the boiling kettle, thinking of things, while loving us dearly, and wishing us well.

P.S. I recommend a recently invented-by-civilisation orange button on Happynesshub website called “Peace of Mind“. It doesn’t fix anything, but it can take you to a space where you can customise settings within you and rewire your neuropathways through learning meditation. They tell me it’s good.

About the Author: Marta