The Magic of Mermaiding 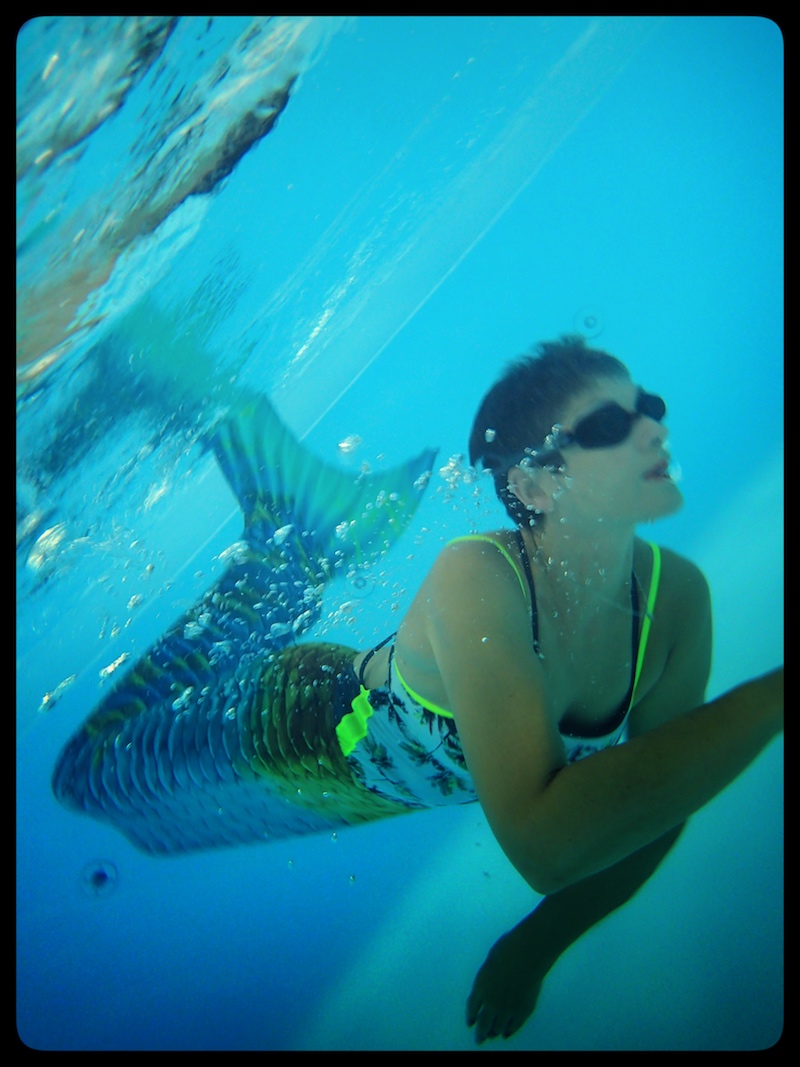 ‘I’m going to be a mermaid’, I announced at the table to my friends. They couldn’t suppress their giggles. ‘You’ve done a lot of eccentric things in your life, but this is reaching new levels,’ they laughed. I smiled knowingly. I had a deep, embedded feeling this would be special.

Recently, I have been trying hard to embrace Day 2 in our 21-Days to Happiness programme. It’s about Finding your Happiness – discovering things that give you joy, writing them down – and actioning them. Some may recall my blog about my back-up feel-good bath – always on my ‘happy’ list and a guaranteed improve-my-mood activity. But recently I have been trying to extend my list to things that give me sheer joy, hobbies I’d lost, forgotten or because of my health simply couldn’t do. And so entered into my life ‘Netball for Laughs’. Four weeks ago I joined a group of girls (and a boy!) for a weekly game of my favourite sport when I was younger – yes you’ve guessed it, netball. I arrived nervously, decidedly unfit (it had been 20 years since I had played this team sport and 5 years since I had properly run!) and wondering if I would make it through the first 10-minute quarter let alone all four.

An hour later, exhausted, out of breath, feeling a little shaky, my whole being exuded joy and happiness. I felt at one, I felt like me, I remembered the feelings as a child of that team camaraderie, that sense of being wholly present in the moment, the one-ness with my body, breath and mind. It helped massively that ‘Netball for Laughs’ really was a wholly accurate name for the group – what a spirited, welcoming environment it was. But the netball itself was fabulous. Joyous. I remembered I was alive.

“Just follow your joy. Always. I think that if you do that, life will take you on the course that it’s meant to take you.”

Three weeks later, having heard about mermaiding in Corfu (an island shaped like a mermaid!), knowing I loved water, swimming and movement, with an associated interest in breath, I found myself in a small pool in Leamington Spa (not quite the open warm seas of a beautiful island!) ready to try out a new hobby. Run/ swim with me please. The fin went on. The skin went on. And I was a mermaid.

My lovely teacher and mentor, Sophia, from Water Happy shared with me the basics: from moving from the core, heart, head (not just the legs), to breath and unified movement, to embracing your ‘inner mermaid’ (or merman!). An hour later, for the second time in a month it had been the most joyous 60 minutes. This was my personal heaven. For me, it was almost like yoga and meditation but in the water. I was completely in the present moment. My mind didn’t wander once. I could feel the smile on my face, the excitement, the feeling of being at one with my mind, body and spirit.

And so for you it most probably won’t be mermaiding. Or for that matter netball! But is there something you recall that you love doing and haven’t done for a while that you could embrace again? Is there a new activity that would tap into your loves and joys and give you that feeling of ‘being alive’?

It may sound overly-dramatic but both the netball and mermaiding have been wholly transformative for me. They have offered so many positives. New friendships. Present moment awareness. Exercise. Breathing. And so much more. The impact on me is lasting, not just for those 60 minutes.

So Hubbers go embrace your inner mermaid – or whatever the equivalent may be!