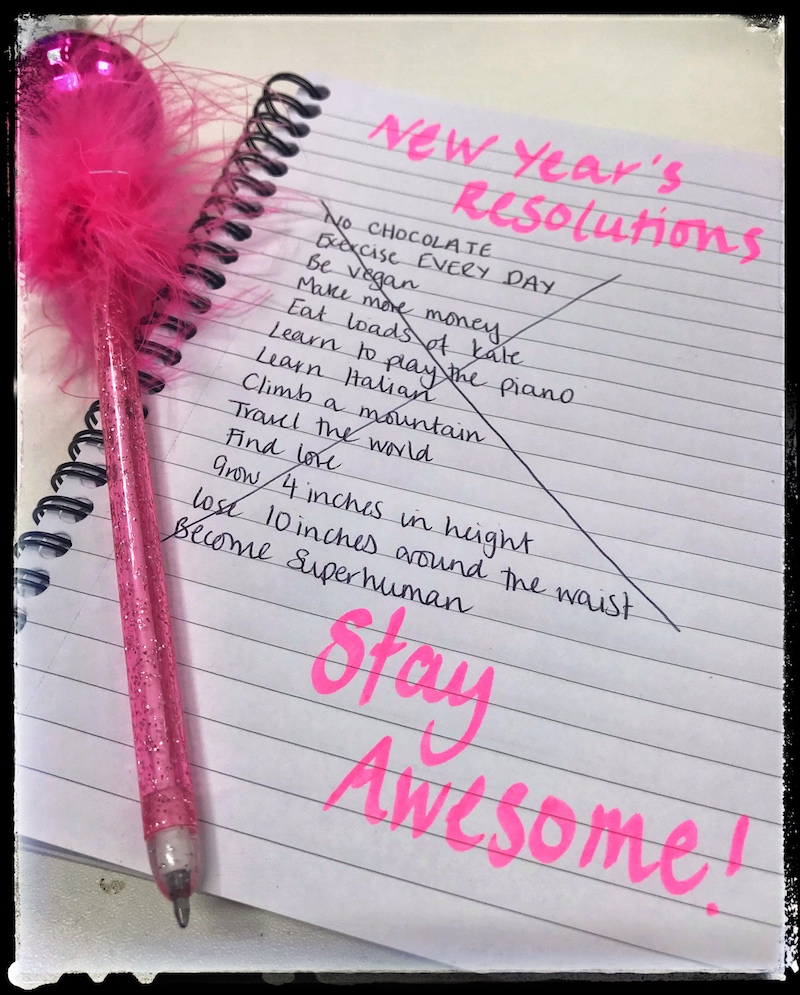 It’s 3pm on the 1stof January. I have been horizontal for almost the entire day and we are half way through Four Weddings and a Funeral when my best friend Leah says ‘Shall I read you a poem Pandora Sykes has written?’ Pandora Sykes is a writer, journalist and podcaster (I am a regular listener of The High Low which she hosts alongside Dolly Alderton) and has recently been taking to Instagram to showcase her poetry. And so, Leah starts to read:

She says, with a flourish

But just two lessons in

I’ll learn how to tap dance

Before pulling his groin

Ending the year in A&E

Whilst averting her eyes

From the men in plain sight

I’ll write a book, in a day

I’ll learn the sitar, by noon;

I’ll build a house with my hands

But why not stop, for a minute

And consider your lot;

And think of all you can do –

Rather than what you cannot.

I think for many, the beginning of a new year is seen as an opportunity for a new beginning – a time to start over and to better yourself, to leave who you were last year in the past and look to the future. Gyms become crowded, entire food groups are abandoned, and fad diet books rise up bestseller lists. In fact, I was sad to see that Kay Featherstone’s Pinch of Nom: 100 Slimming, Home-style Recipes, Joe Wicks’ Veggie Lean in 15 and Tom Kerridge’s Fresh Start cookbook are now all above Michelle Obama’s Becoming on Amazon. Go figure.

I am certainly no innocent in this. Last year, I declared that I was going on a Paleo diet – a diet in which you are supposed to entirely avoid food that has been processed in any way. Great on paper, but entirely restrictive in reality. Safe to say I lasted approximately 35 hours.

However, what I like about Pandora’s poem is that whilst we might have a million grand ideas of all the things we will make better in the new year, she suggests that actually, we shouldn’t be trying to change ourselves into something we are not, but rather we should focus on the positives that we are already and do things that are reasonably within our ability. If we are convinced that we are going to become an entirely new person on 1stJanuary, we are essentially setting ourselves up for a fail. However, if we focus on small, achievable steps, we will likely get the boost we are looking for.

Indeed, according to psychologist Professor Peter Herman, people persist in trying to change themselves because it induces feelings of control and optimism. However, we tend to over-estimate what we can realistically achieve, resulting in the misery that comes with failure.

If you eat meat every day, perhaps don’t immediately decide to become a vegan –maybe you could try meat-free Mondays as a kick-start? Or if you haven’t done a workout for two years, you probably aren’t going to get to the gym for a full session five times a week, but why not try 30 minutes of exercise twice a week? Creating positive habits is good – but it takes an awful lot of motivation to do it. So keep it small at first – focus on what you really think you can achieve and you’ll gain far more than you would from that crazy resolution you came up with at 11pm on 31stDecember.

And, most importantly, don’t leave the you of last year in the past. There are always positives to be found and I really encourage you to focus on those things you don’t want to change – and you love. Life is not a problem to be fixed but a constant work in progress that ebbs and flows as each year passes. Pandora is spot on – it may be a new year, but it is the same you and that is perfectly great.