Being Off the Lead 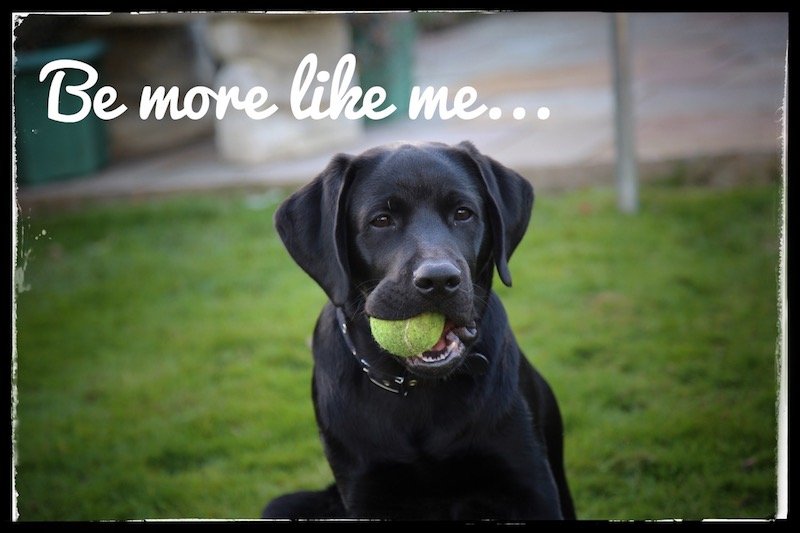 A few weeks ago I popped round to see Sally for brunch, and as she had not yet managed to do her usual morning meditation and yoga routine, I offered to take Lord Archie Archibald out for a walk. Now, he is MUCH larger than I remember him when I last saw him a few months ago, but he seemed to be very excited to see me.

As Sally accepted my offer, she suggested the route and said, ‘You can take him off the lead and let him have a run around, he’s very good at coming back’. A wave of panic came across me as the thought of not having some form of connection to Archie could end up with him disappearing… and how could I explain to Sally that I had lost the love of her life?! Sally continued, ‘He’s very good at coming back when you call, Archie come!’… but I still wasn’t sure.

Off we set on our walk, Archie on the lead and walking to heel. I popped into Sally’s parent’s house for the treat bag (he’ll do almost anything for food), and, whilst I was there, I managed to acquire Kiki, their border terrier, to join us for the walk. ‘Don’t worry, she’ll just follow you!’ Sally’s dad called as I left the house. So, now I had two dogs – one currently on the lead and the other following behind as we headed down (thank goodness) a very quiet footpath…

A few minutes into the walk, with Archie still on the lead, I decided to try out the ‘Archie come’ command… and it worked! He came straight back (the food reward I think was a big help!). Feeling a little more confident that he was following the command and we were now in the park, I thought I would try him off the lead. He shot off instantly, galloping down the pathway and he was free, running without constraint. I called him and he came back – it was working!

We continued for the next 20 minutes. Archie was exploring, running and would return each time I called him for a treat. He looked so happy, I felt like a proper dog walker and it was all going so well! But then we came across some golfers and Archie decided it would be fun to go and say hello. I called… but he didn’t come back. He was much more interested in finding out what they were up to and no amount of calling or food seemed to work. After a minute or two (it felt MUCH longer), Archie did eventually return and I slipped the lead back on.

Later, I started to think about the events of the day and Archie’s reaction to being off the lead. What if we were to release ourselves from the day-to-day routine of life (the lead)? Would this freedom make us feel free and happy like Archie? Or would the distraction of this freedom prove too much?

Research by Gaël Bruléand Ruut Veenhoven explores the link between freedom and happiness by looking at two countries – Finland and France. Both had comparable GDP, but the Finnish were found to be happier than the French. Looking into the reasons behind this, they discovered that the Finns felt freer because of a less restrictive society and they were more willing to take chances. For example, when asked about what values they wanted to teach their child, French parents were keen to answer ‘obedience’, whereas their Finnish counterparts tended to value ‘independence’. In education, the Finns favour ‘horizontal teaching’ – encouraging children to work together and self-motivate; whereas the French system favours ‘vertical teaching’ – focussing on lecturing and note taking. Such factors have an influence on the psychological freedom of the inhabitants of these countries.

All too often we take the easy route – staying on our lead and continuing in life as we always have. But how about seizing the opportunity to be free? This research suggests that being like the Finns, taking chances and being less restrictive, could lead to a happier life.

In the coming months I am going to have some time off and, for me, it’s tempting to take the safe choice for a break away – visiting friends in another country. But, recently I’ve been thinking I should be more like Archie ‘off lead’ and travel somewhere I haven’t been before. Maybe I should try something new, that challenges me and gets me beyond my comfort zone

And as for you, are you going to take Archie’s lead – and go