So the duck doesn’t float…. 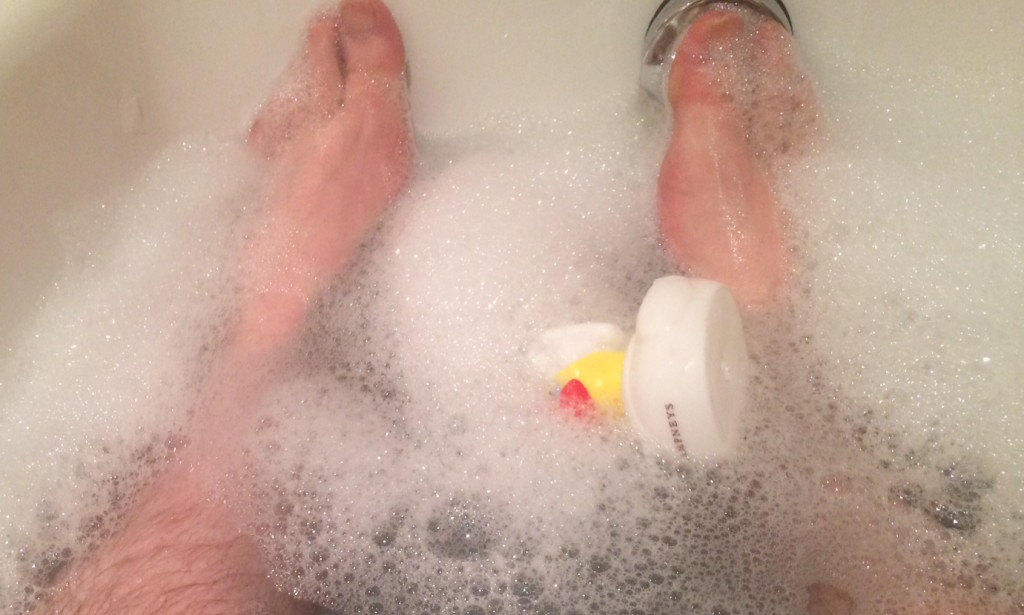 We’ve had a busy few days here with the launch of the Happynesshub 21 Day Reload, and it’s been a case of not practising what you preach. Which is why when Head of Happyness, Sallyann Keizer (sorry I have to write it out in full every time – it’s become a habit) said it would be good if we blogged, my first thought was ‘OH NO!’ followed by a Macaulay Culkin-esque slap on the face from Home Alone.

Would my blog be as honest as our Heroes? Would it be funny? Would anyone read it? Oh no, what if someone did read it! But I decided let’s give it a go….

So about the title of the blog…well we’ll get to that later.

Day 1 – I was about to record some new films when Sally announced that we should both do Marta’s meditation before we get going. ‘OK’ I said but inside thought, ‘Crikey, what if there is something I missed when editing the file? What if the audio levels aren’t right?’. I’ll have to say if I’m honest that was what was going through my mind rather than focusing on listening to Marta. I’ve tried to meditate a few other times previously but always my mind wonders – I’ll need to get some tips from Marta I think, that’s Day 4 (sneak peek there for you). Still it did relax me before we set about the shooting. The police helicopter flying overhead and building work two doors down (just what you need when you are trying to film) didn’t annoy me as much as it would have. So maybe the meditation had helped without me realising it.

So the day went on, quite a busy one, and as I left Sally, she reminded me to do the Gratitude exercise – I’m sure she was convinced I wasn’t going to do it.

I got home and got in to bed, realised I hadn’t got a book so got up, searched the house, still no book. Oh well, let’s create a jar then and in went the first three things…

So Day 2 arrives. Spot more shooting before dashing out to a meeting in London. Strangely on the tube into London thought maybe this would be the moment to think about the 10 happy things but then the phone went…and before I knew it the journey was over.

Back home to edit the videos – and on that point Paul, the second camera ‘blue’ colour was all down to a creative decision (well at least that’s what I tell myself).

The day just slipped away and I thought I’ve not done Day 2 exercise. So as I left Sally she asked what I was going to do and suggested a bath, ‘You can even take a picture with the duck I bought you!’ she said. Great idea I thought. So back home I kicked off some rendering on the laptop and ran the bath (despite being down South for 13 years I still have a bAth and not a bARth) and popped the duck in. But then the duck didn’t float and kept on falling on it’s side. ‘Oh no’ came the thought, this great pic won’t work! But then I decided to make it a happy bath, take a picture, get in and enjoy it. So I did…

….and the duck still doesn’t float