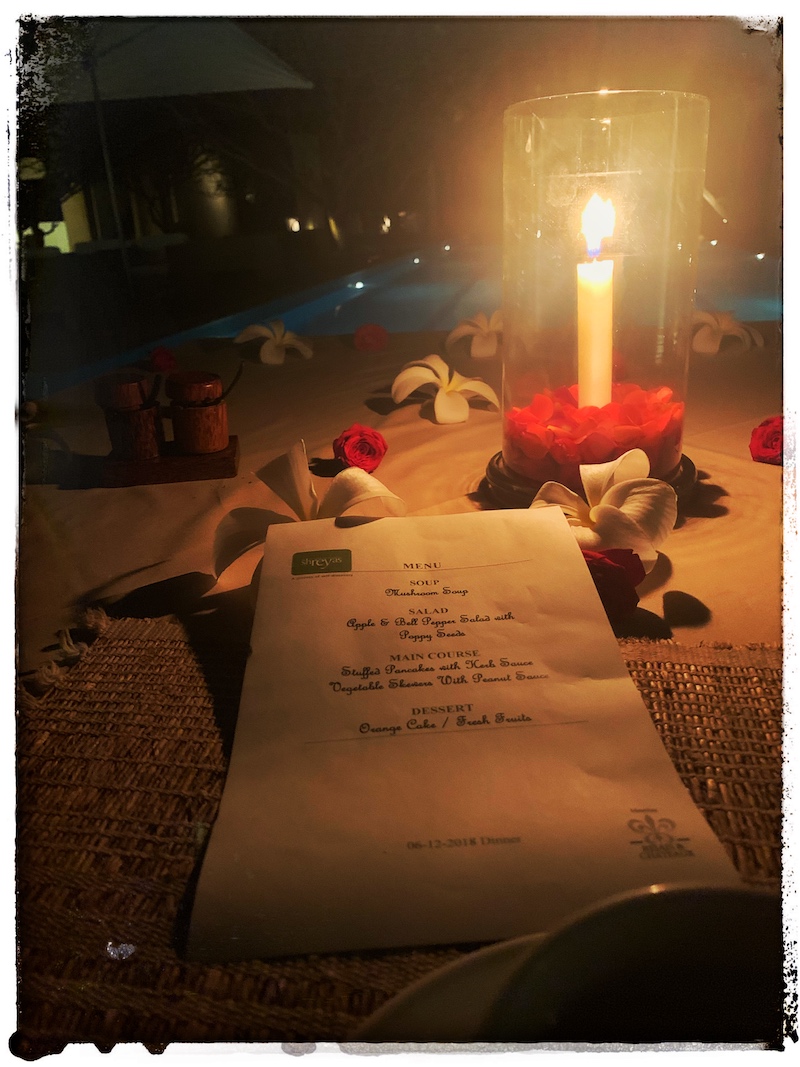 Silence is Bliss. It’s not a phrase that’s greatly resonated with me throughout my life. I grew up in a busy and bustling house, surrounded by family, 7 dogs and multiple other two and four-legged friends. Silence was rare, and other than when I was revising and wanted real quiet (much to the despair of my elder brother in the next door room who did not take kindly to the thought of turning Elvis Costello not just down, but off!), I always remember music, laughter, noise and more noise.

Many years later I find myself living alone, and as many elderly friends have said to me, the radio and the TV become our best friends. To avoid that silence, on goes the box, or the music, or the background chatter. It’s one of the first things I do when I enter my home. I eat with sound in the background, and I even go to sleep with podcasts or audiobooks.

So, when I arrived at my beautiful retreat in Bangalore to discover ‘The Silent Man’ as my fellow (non-silent) guests called him – I looked at him and felt a minor lurch in my tummy… how could he spend 7 days in silence?

However, a couple of weeks on, I am now pondering the option. Curtis, whom we came to discover as the real name behind the silence, told us he absolutely loved the experience as he joined us chattering retreat-ers for his final day. His voice was limited when he first talked, and he said he had enjoyed all the yoga and meditation we were doing as a group, however that time alone in real silence, he suggested, was one of intense peace and tranquility. Curtis glowed from the inside as he spoke – his smile was warm, his voice was gentle and you could feel the sheer contentment emanating from him at the table. I wondered for the first time… might I enjoy this?

Two days later in my beautiful retreat I found myself, quite strangely, the only guest on site! How spoilt I felt with personalised yoga, breathing and meditation sessions, and genuine one-to-one service. However, I wondered if I would struggle with the silent meals and the ‘free-time’ periods. I hoped the next guest would arrive sooner rather than later.

But as I return home I can honestly say the silence was bliss. I guess it was a half-way house, since I spoke to staff and I was not wholly quiet. However, there was far more silence than I was used to. I remember sitting at a beautiful dining table, overlooking the pool and the gardens, and instead of my usual awkwardness at eating alone, I just breathed in the moment. I felt truly at peace. There was some mind-wondering, a few thoughts, but generally I was mindful and in the present moment – when I ate, when I sipped my tea, when I simply sat – and before I knew it an hour had passed and I’d done little other than be grateful for this wonderful opportunity. No doing simply being.

Research has been shown that exposure to lots of noise can trigger nervous hormonal responses such as the release of cortisol. What’s more, in 2006, a study was performed where subjects listened to various styles of music, interspersed with 2-minute periods of silence. It was found that the silent pauses caused the subjects heart rate to reduce and blood pressure to decrease – i.e. your body relaxes.

My fellow guest arrived the next day and I filled him with stories of my time alone. As others started to join us they said they couldn’t believe the happiness that I radiated. For sure it was the wonderful Shreyas– my magical retreat nestled not far from Bangalore city centre. But I think too it was those 2 days of near-silence that enabled me to truly explore further, ‘who am I?’, to be in the present moment, and to find peace and contentment from an internal space.

As I have returned home to the city that is London I wonder how long this ‘peace’ will last? Will I still yearn for silence amongst the capital’s ‘noise’ or will my home be filled night and day with festive tunes? Either way, I have every intention of seeking out silence in my daily life – wherever and whenever that may be.

‘Silence is the sleep that nourishes wisdom.’