Finding a Way to Happy 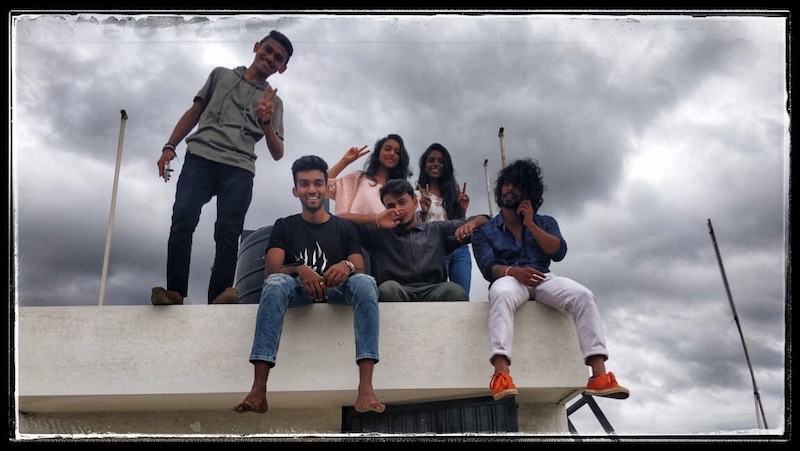 For me, much of the past year was quite awful – I had given up on a lot of things and was down in a dark place by myself.

However, things started to brighten up around May when I went to GAFX (the Games, Animation and Visual FX Conference that was held in Bangalore, India). Here, I got to meet a lot of new people from across the world, including our most beloved Sallyann Keizer and my icon Priyanka Balasubramanian (a world class visual effects producer). I learned so much from them both and the love and compassion from everyone I met out there was amazing. It was the best 4 days I’d had in a while!!

Importantly, whilst I was there, Miss Sally showed me the beautiful Happynesshub! Once I was home, I started the 21 Days Toolkit and have been thanking her ever since, for introducing me to it.

The Happynesshub made me realise that talking to people and doing new things is such an important part in our mental health… I had no clue, because I thought staying by myself and doing the things I always did was all I could ever ask for. However, I then started reaching back out to my few close friends, who I had pushed away, and I felt I had missed so much in a year. I started doing things I loved, again. Like photography and art and going on aimless rides with my friends on our bikes.

Things had started to get better. But for every rise, there was a fall and I had it quite a bit sooner than I expected. Things suddenly went downhill and I was scared again. But this time it was different and I knew I had the tools to help me get back up. I reached out to Miss Sally who gave me small, but insanely useful advice, and I followed them. I was up and going in no time!!

Now, it’s been two months since I started at college. Before it began, I was really looking forward to meeting new people and making new friends – after a year of being largely on my own, the thought of this felt quite exciting!

My first week at college went well and I made a few decent friends. I did find it a challenge to approach new people as, though I am quite an extrovert, my comparable lack of socialising over the past year made it pretty daunting. However the people around didn’t have a problem in making the first move and talking to me!

For about a year, I had been filling out a weekly ‘Happiness Tracker’. This was to keep track of my mood and, after my first week at college, I found that I felt hugely different to just a week before – just being around people and making new friends had made me so much happier and more lively! This, along with the positivity GAFX gave me, made me realise that shutting myself in had been so wrong for me.

I’d like to share my top 3 things that I find beneficial to do when I am feeling low:

One: NEVER shut yourself away, it does seem like the best thing to do, but it isn’t, we just go deeper into thinking about the thing that was bothering us and just end up feeling more and more miserable. Instead, push yourself out of your home, do something, maybe just take a walk while listening to some music you love! Or go buy yourself some ice cream (because what’s better than ice cream!?).

Two: Alert yourself when you start feeling down and bad. Stop whatever it is that you are doing and do something that makes you happy! It could be the smallest thing, like dancing by yourself or taking a shower to sing along to your favorite tunes or even watching something that would make you laugh for sure (I personally LOVE Brooklyn Nine-Nine – its my go-to show!).

Three: The most important – love yourself. Do things that make you happy, do what you want to, don’t alter your plans for others, unless you’re happy to do so!! Because if anyone can make you happy the most, it’s you!!

Well, that’s it for now… and don’t forget to stay happy! Have a great time!!