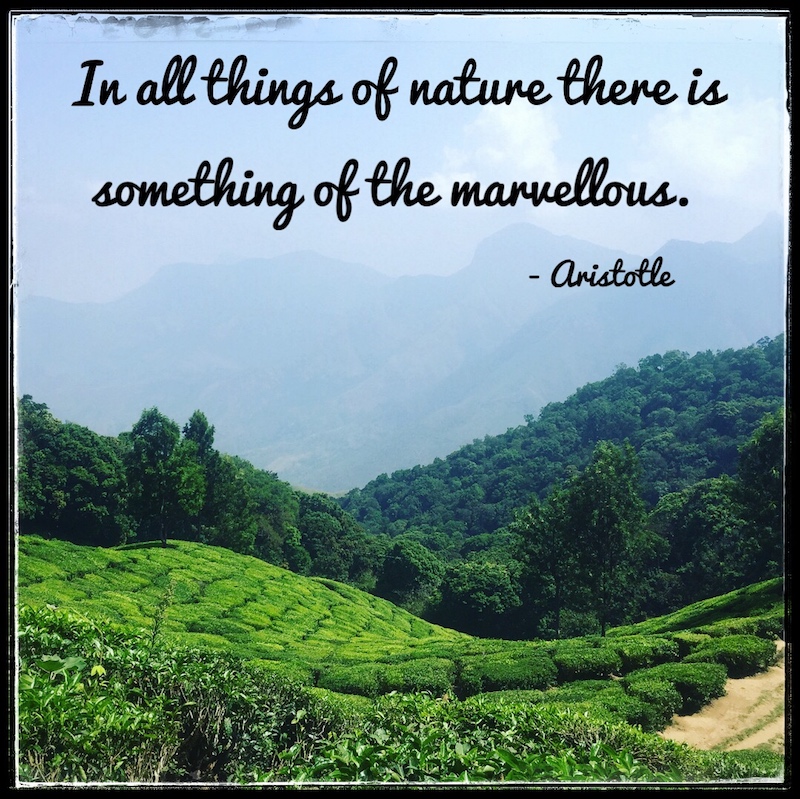 As we pass through spring with summer on our doorstep, I thought it was the perfect time to talk about nature and being outdoors.

The other week, my friend recommended a Netflix film to me entitled Expedition Happiness. Filmmakers Selima ‘Mogli’ Taibi and Felix Starck, feeling as though they didn’t quite fit in, left their home in Berlin to embark upon a journey with their dog Rudi through the Americas in an old school bus they had converted into an apartment on wheels. The film follows the highs and lows of their journey and encapsulates the awe and happiness they were able to find within nature.

Mogli, whilst in the Denali National Park says simply: ‘I’m on a little hill right now. There’s mountains all around me, it’s so beautiful. And I feel like the queen of the world.’

At other times, Mogli and Felix find a real sense of relief in returning to nature after spending time in cities.

Watching this really took me back to my own travels. Whilst I was in India, my favourite moments were those in which I found myself high up a mountain, swimming in a waterfall or looking over an immense valley.

Then, whilst I was staying in Rishikesh, a city in the foothills of the Himalayas, I met a Canadian personal trainer who is constantly climbing mountains, hiking through national parks, rafting down rivers or biking through snow. He spends his time combining two things I love – being active, and being outside. To him it is obvious… to get the most out of exercising we need to enjoy what we are doing – and the most natural place for people to be is in the heart of nature.

Soon after I arrived home, I attended a workshop at the Happier World Conference on ‘Mindfulness in Nature’ with Claire Thompson, author of Mindfulness and the Natural World: Bringing our Awareness Back to Nature. Claire explained how her aim is to reconnect people with themselves and the natural world. We all come from nature – we are made of the same substances found in trees, animals, flowers, rocks and soil, and we evolved into the humans we are now whilst roaming in The African Desert.

And so it has really hit home for me that humans are intrinsically connected to the natural world, and that it is insane that our 21st century lives can be so detached from the outdoors.

And so (of course), I put my researcher hat on. And I was amazed by the volume of evidence proving that simply being in nature benefits us.

The first benefit of spending time outdoors is it provides mental restoration. We all get to the point, often after staring at a computer screen for hours on end, where we lose our concentration and we simply cannot think properly. However, studies show that participants who spent time interacting with nature, looking at a natural environment outside their window or even viewing pictures of nature showed increased attention.

Secondly, a dose of nature can improve our mental health. People placed in green environments had a boost in self-esteem and mood and this was heightened by the presence of water.

Another study has suggested that there may also be a correlation between nature and creative thinking. After being immersed in nature for four days, participants’ performance on a creative problem-solving test was boosted by 50%.

Whilst more work needs to be done exploring this link with creativity, I have found that, so often, the roots of art are in nature.

Felix and Mogli’s film is a clear example. Not only did they create a really visually beautiful film from their experiences in nature, but Mogli also wrote a soundtrack that encapsulates the immense beauty of nature.

All the seasons in one day

The heat takes my breath away

With wind comes the rain

Lost in the sweep of the horizon

Water so deep mountains are rising

No one but you by my side through lows and highs

Lost in the sweep of the horizon

Blinded by the midnight sun I run

I am often going for long walks at the weekend. After spending so much time during the week indoors, I find spending a lot of the weekend outside really refreshes me. This is also something we love here at the Happynesshub – as you may know from the 21 Days to Happiness Awe Walk. So have another refresh of Day 20 and take yourself on a good stroll. If you live in a city, go to a park or somewhere greener. And try to connect with the great outdoors.