Virtual Reality – The Power of our Minds 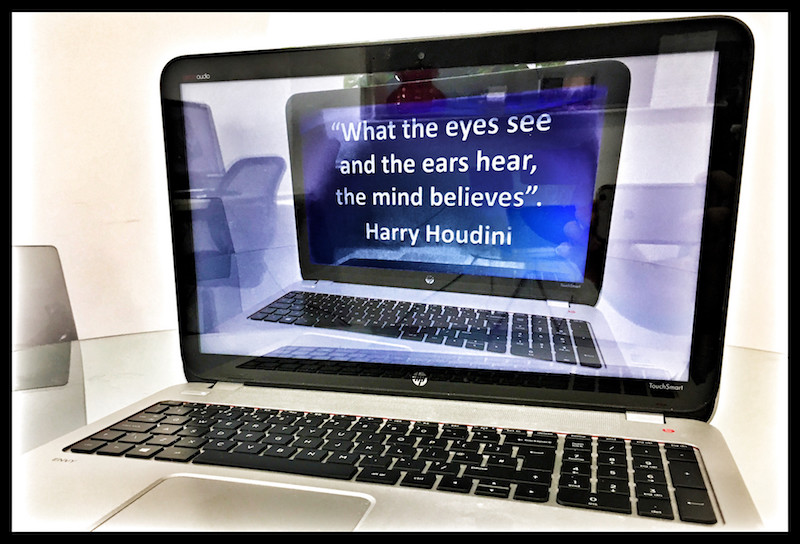 Waiting in the queue to pick up my theatre ticket wasn’t as straightforward as I’d hoped. The box office computers were down and the box office staff were busily trying to get people’s tickets to them before the show started. Trying not to worry as the queues got longer, I was convinced I’d miss the start of the show. Change your viewpoint, I told myself – don’t panic – all will be fine!

Minutes later, everything was sorted, I was seated by the brilliant staff and the play was fantastic. It was centred round a war veteran who returned home with severe burns to her body and was undergoing “Virtual Reality therapy” to lessen the pain of her recovery, both physically and mentally. Now, if like me you’re not sure what virtual reality therapy is, it’s an immersive process that involves wearing a visor which has the potential to alter your perceptions telling your senses that you actually exist in a computer generated world.  In the play, the protagonist was badly disfigured from her injuries, and over time, her pain levels lessened as the virtual reality program transported her to a healthier, happier place.

What really struck me was the extent the power of the mind has on us, and by using Virtual Reality the mind may react in a totally different way. Now, we know from the “21-Days” program that research has showed that a switch to positive focus can increase happiness levels, but the use of VR seemed to me to be the ultimate in mind-programming positive focus!

In Mexico City, surgeons have undergone operations using Virtual Reality instead of heavy-duty painkillers and sedatives. One patient, who had a tumour removed under only a local aesthetic, experienced travelling around Machu Pitchu (somewhere she’d always wanted to go) and afterwards said “I was transported. Normally I’m very stressed, but now I feel so, so relaxed.”

Research has shown that immersive Virtual Reality can significantly reduce pain, relieve stress, work through phobias and build resilience. Howard Rose, the founder of FirstHand Technology who specializes in V.R. construction, says that V.R. will revolutionise our well being, and that…

‘the doctor centered paradigm of healthcare under-utilizes the innate human power to recover on our own or to prevent illness in the first place.  VR games are going to upend this paradigm and unleash the power of play to make us healthier”.

What also struck me was that Howard said that the use of Virtual Reality can  “recalibrate our perceptions with reality and put mind and body back in balance”. If our experiences of the world are shaped by what we see and feel, then by changing what we see and feel, surely our perceptions will also change?  Could healing really be achieved by the mind and body reacting to the stimulus of new, positive experiences?

Well, who knows, perhaps Virtual Reality games could one day be prescribed by the doctor? Whatever the outcome, I think the mind and body connection is far stronger than I initially thought. Maybe one day VR games could be part of everyday life and be used by those in stressful situations, like the valiant theatre staff having to deal with worried theatre goers when the ticket machines go down.