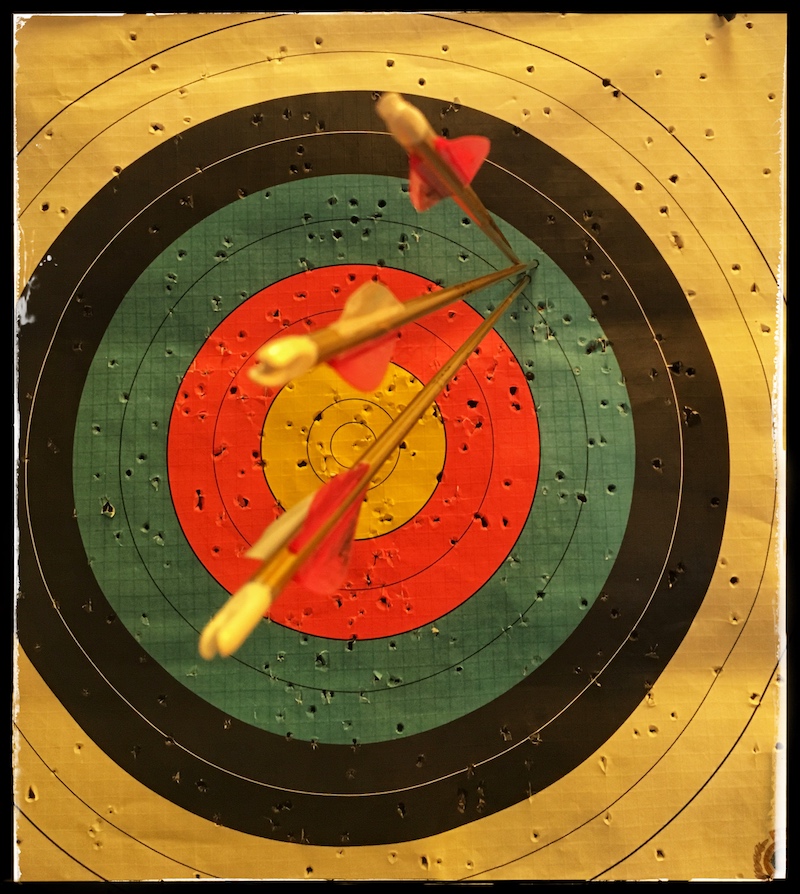 It’s 9:30 am on Saturday and I’m on my way to a beginner’s course in archery – something I’ve been thinking about for a long time (much longer than I should have!) but not really done anything about. All too often it’s easy to make excuses, particularly with the day job meaning I’m often away from home. But after chatting with my colleagues, I decided to book it. Now, at this point I should declare I have actually tried archery twice before. The first involved just one lesson when I was at school, but then I never followed it up. I still to this day don’t know why, just that the instructor didn’t turn up to the next lesson and that was that.

Years later, the second was when I was working in Northumberland. The local archery club was run by the staff at the school we were filming in, and I managed to attend a few times – that was over 4 years ago. So although not entirely new, this time will be new people to meet, a new location and thus new challenges.

When it comes to meeting new people I often go one of two ways. If I’m in a situation where I’m comfortable then I’m usually able to be quite chatty – they are coming into a domain I’m familiar with. However, if I don’t know anyone else then the usual insecurities surface and the worries kick in about whether or not anyone will like me, speak to me or if I’ll be spending the whole day sat on my own being a Billy no-mates (as we used to say in the 90s). It can be a challenge and takes me out of my comfort zone – so much so that I often consider avoiding the situation and wanting to cancel, or even better, finding an ‘excuse’ to cancel.

So, having signed up for the course (and paid for it) there was an incentive to go through with it rather than make excuses and avoid it.

So, I arrive 10 minutes early at the venue and decide to use the time to make a quick call in the car, as I didn’t want to be there too early just in case no one else was there. At 9:58 I notice someone else walk in and decide it’s safe to go in. It soon became clear I had made the right decision – meeting new people and shooting arrows was a truly enjoyable experience. There were only 4 of us, plus the 2 instructors, and the common cause of wanting to learn a new skill brought us together despite having very different backgrounds. The three hours flew by and I was looking forward to session two the following week (**UPDATE – lesson 2 happened this time).

Thinking back through the years, trying new things has (mostly) had a positive impact. As a child, I didn’t really like going on theme park rides that went fast or upside down… or so I thought. On one school trip to Alton Towers I decided this was the moment to face my fears and go on a rollercoaster. So, which one did I choose? The corkscrew – maybe not the best option for your first ride – but as soon as the car went into the loop the feeling was exhilarating. Now whenever I go to theme parks I love the adrenaline of the rides and, even more so, when it’s quiet and the operators send you round for a second go without having to queue.  However, one thing I think I’ll never like will be olives! Some people say it’s an acquired taste – I’d rather not acquire it to be honest with you!

There is plenty of research out there about the positive impact that new experiences have on wellbeing and happiness – mostly about meeting new people and taking yourself out of your comfort zone. Action for Happiness’  Vanessa King lists trying something new as being one of her 10 Keys to Happier Living as it develops our curiosity and creativity, boosting self-confidence and resilience. Look at children, or even Lord Archie Archibald of Keizer (yes he has to make it into every blog now), they embrace new experiences and actively seek them out as they explore the world around them. As adults we find it harder to do this, preferring to stay with the familiar and holding ourselves back from challenges that help us to grow.

So, with the summer sun out and the holidays on the horizons, why don’t you think about trying out something new or different that takes you out of your comfort zone? It might be an activity, a new dish (they’ll be no olives in mine) or maybe go for a walk and explore places you’ve never been before – let me know what you discover!